During the second phase of INFRACAMPUS at University of Guelph, SYN- offered a four-week accredited studio course during Spring 2012, in collaboration with Associate Professor Lise Burcher and the School of Environmental Design and Rural Development. Students participating in this course individually and collectively investigated a diversity of spatial and circumstancial conditions, building on prior research and using the university campus as a starting point to elaborate sets of microactions.

SYN- is looking for participants to take part in the INFRACAMPUS interdisciplinary studio course that explores the culture and realities of university campuses, and reconsiders them as potential sites for experimentation. It is open to all who would like to highlight, share, discuss and act upon a particular condition of University of Guelph’s campus.

Drawing from previous explorations, studio participants will interact with university campus to imagine a flexible framework where spatial conditions will be revealed in order to facilitate creative forms of appropriation. In this course, we will explore how infra-qualities – such as undisclosed or lesser known realities – might inform us of future potentials for campus transformations. How could we then engage the campus as a locus for fostering new kinds of actions, social configurations and interrelations in common space which question existing uses and perceptions ?

From April 27th to May 21st, 2012, a project in collaboration with Musagetes (Guelph) 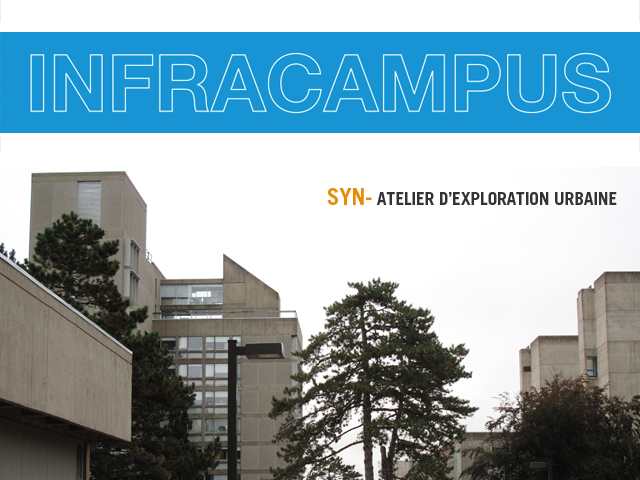